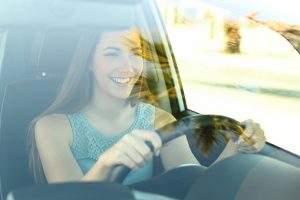 Summer is in full swing as many teenage drivers enjoy their yearly break from school. Some teenage drivers have just earned their driver's license and are ready to embark on Ohio roadways for the first time.

The feeling of driving at this age can be liberating but the lack of driving experience and the likelihood to take risks spells danger.

According to the American Automobile Association (AAA), the period between Memorial Day and Labor Days is coined the "100 Deadliest Days" for teenage drivers. Over the past five years, there have been nearly 3,500 traffic fatalities across the United States involving teen drivers during this period - an average of 700 deaths each year. Additionally, nearly two-thirds of people hurt or killed in crashes involving teenage drivers are not the "teen behind the wheel."

Crash data from 2013-2017 identifies the major factors involved in fatal crashes involving teens during the 100 deadliest days. They include:

According to safety advocates, parental involvement is the best method for mitigating the dangerous mistakes teen drivers make.

"Teens are making deadly mistakes on the road. Parents are the best line of defense to keep everyone safe behind the wheel," said Jennifer Ryan, AAA Director of State Relations,

AAA suggests that parents get involved by:

AAA also encourages teen drivers to practice safe driving habits by keeping their phone out of reach, obeying posted speed limits, and avoiding alcohol and drugs. Additional tools and tips for parents and teen drivers can be found at TeenDriving.AAA.com.

In the event that you or a loved one is hurt in a crash, speak to an experienced Ohio car accident attorney as soon as possible. Gervelis Law Firm has offices conveniently located throughout Ohio. To learn how we can help, contact us online today.