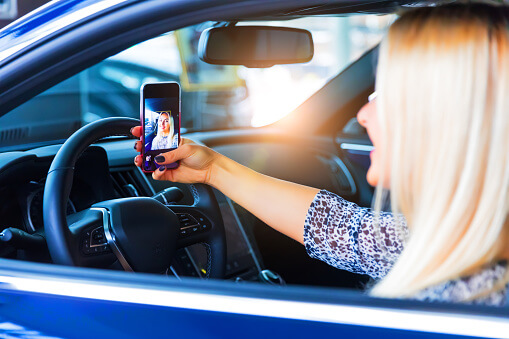 The dangers of distracted driving are well-known by this point, but as with many matters that involve emerging technologies, the law sometimes struggles to keep up.

That's why we're glad to see that Ohio lawmakers are considering House Bill 283, which would strengthen the state's laws against driving while distracted by an electronic device.

Ohio law already bans texting and driving, but the current law is "secondary enforcement" for adult motorists, which means police officers cannot pull someone over on suspicion of texting alone. They can only issue a citation for texting during a traffic stop for another suspected violation, such as speeding or weaving between lanes. In addition, the current law only bans texting, and it's difficult for police to tell whether a driver is holding their phone to send a text message or for a currently legal purpose such as dialing to make a call.

The proposed law allows for hands-free technologies (such as speakerphone or Bluetooth) so long as they can be engaged with a single touch or swipe, as well as exceptions for emergency calls and emergency responders.

Distracted driving is anything that takes a motorist's attention off the road. There are three categories of distractions behind the wheel:

It's easy to see why texting is so dangerous: it's all three types of distraction in one. A motorist who is sending or reading a text message has at least one hand holding their phone, and their eyes are drawn from the road to their phone screen. Moreover, engaging in a conversation by text is mentally distracting, taking the mind off the road — and it only takes a moment of inattention to cause a potentially devastating crash.

HB 283 intends to cut down on manual and visual distractions by requiring motorists to either use hands-free technology or put their phones away, and we absolutely applaud that. Similar primary enforcement laws in other states have reduced traffic fatalities by 3 percent, whereas secondary enforcement laws like the current Ohio law have not had any effect on fatalities. The evidence says that this law should make our roads safer.

However, no law can force motorists to stop letting their minds wander and keep their full attention on the road. The only way to stop distracted driving is to teach motorists to be responsible, and accountability is a critical part of that effort. If you were injured by a distracted driver in Ohio, we would be honored to protect your rights. Schedule a free consultation with a car accident attorney at Gervelis Law Firm today. Our law firm has five offices in Ohio, including Columbus and Toledo.