Massive Road Improvement Project Targets I-70, I-71 in Columbus 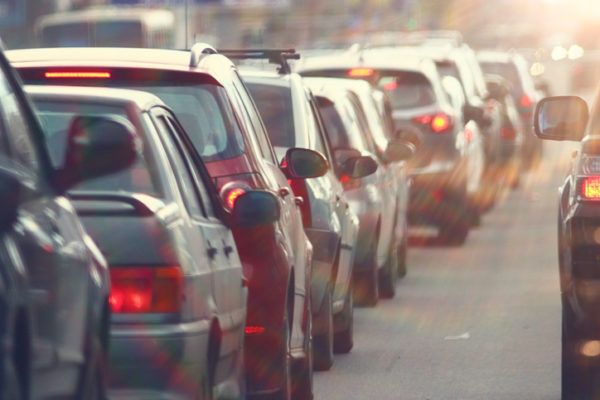 Ohio officials recently announced the next phase of an extensive road improvement project targeting Interstate 70 and Interstate 71 in Columbus intended to reduce traffic congestion and prevent car accidents, according to a recent announcement from the Ohio Department of Transportation (ODOT).

“This section of highway is one of the busiest and most vital routes for freight operators and commuters in the region, and central Ohio has long outgrown it,” Ohio Governor Mike DeWine said at a press conference about the road improvement work. “This project modernizes an outdated interchange and tackles the biggest congestion and safety problems on the road to benefit Ohioans for generations to come."

Many of the bridges on I-70 and I-71 in Columbus “date back to the ʼ50s and ʼ60s,” according to ODOT. This includes the Front Street bridge which spans I-70 in Columbus. That bridge was built in 1962 and will be replaced as part of the improvement project.

The road improvement project also involves building new access ramps at Mound and Fulton streets near the I-70 and I-71 interchange in Columbus, as well as at the Route 315 interchange, according to ODOT.

The entire project is estimated to cost $280 million, the largest transportation construction project in central Ohio history, according to ODOT.

Accidents on I-70 and I-71 often occur in Ohio, especially on I-70 in the Columbus area. That section of I-70 in Franklin County, where Columbus is located, is one of the most dangerous highways in the country, according to a study conducted by ValuePenguin.

As for I-71 in Ohio, the same study ranked that highway second in the country for fatal drunk driving accidents. Of the fatal car accidents that happened on I-71, a total of 38 percent of them involved drivers under the influence of alcohol.

Why do highway accidents happen?

Accidents on highways like I-70 and I-71 in Ohio happen for many different reasons. But in many cases, such accidents occur because the at-fault driver was doing something they should not have been doing at the time of the crash. Examples of such reckless or negligent behavior include:

These are just some of the reasons why serious car accidents happen on highways like I-70 or I-71 in Columbus. Whatever the cause of your crash, make sure you fully understand your legal rights. Make sure you talk to an experienced car accident attorney as soon as possible.

Contact an Ohio car accident lawyer for a free consultation

Car accident claims in Ohio often turn into complicated legal cases. Even if another driver clearly caused your crash, don’t be surprised if you somehow get blamed for causing the collision or if the at-fault driver’s insurance company tries to minimize or deny your claim.

We know how to handle such complex legal cases at the Gervelis Law Firm. Our experienced Columbus car accident lawyers can investigate your crash and demand the money you deserve for medical bills, vehicle repairs, replacement income, and other losses.

Discover what we can do for you. Contact us and schedule a free case evaluation right now. We have five offices conveniently located throughout Ohio, including offices in Columbus and Toledo.