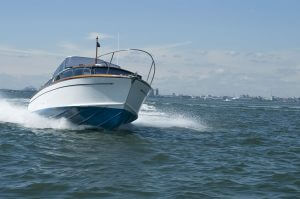 Ohio is home to thousands of lakes and bodies of water used by many fishing and recreational boaters. Summit Lake and the Portage Lakes are just a stone's throw away from Akron's city limits.

Since we're currently in the midst of peak boating season, it's important that vessel owners and occupants understand that boating can be just as risky as driving.

According to the 2017 report released by the United States Coast Guard (USCG), the five most common types of boating crashes included:

The ten primary causes of boating crashes across the United States included:

According to Ohio law, boating crashes must be reported within five days if any of the following circumstances occur:

Accidents can be reported by calling any of the following numbers:

You may also obtain a report form online from the USCG.

If you or a loved one was hurt in a boating crash, it's critical that you take legal action and secure a solid personal injury claim. The attorneys at Gervelis Law Firm can help recover damages for your medical expenses, lost wages, and additional pain and suffering. Our Ohio law offices are located in Akron, Canfield, Warren, and Toledo. Contact us online today to get started.