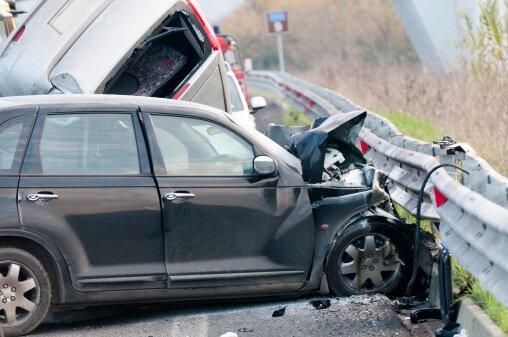 On the surface, the numbers are encouraging. Preliminary estimates from the National Safety Council (NSC) show the number of traffic fatalities has dropped for two straight years. An estimated 38,800 people died in 2019, down two percent from 39,904 in 2018 and 4 percent from 40,231 in 2017.

In addition, about 4.4 million accident victims sought medical attention last year. That also was a 2 percent decrease from 2018.

NSC also gives credit to driver assistance technology. The report says advances, such as automatic emergency braking systems and backup cameras, are reducing the number and severity of accidents. It also cites a crackdown on lower blood alcohol limits for drivers, noting Utah has dropped its limit from .08 to .05.

On the bright side, NSC says fatalities dropped more than 13 percent in seven states since 2018. They include Connecticut and Nevada (both minus 14 percent), Alaska (minus 16 percent), the District of Columbia and South Dakota (both minus 21 percent), New Hampshire (minus 30 percent), and Vermont (minus 31 percent).

Ohio, unfortunately, is among six states that saw fatalities increase more than 5 percent. Deaths were up 8 percent in the state. Others on the list include Nebraska (also 8 percent), Tennessee (10 percent), Delaware (20 percent), Wyoming (32 percent) and Maine (35 percent).

While the report does not rank causes of fatalities, data from 2018 show pedestrian deaths continue to rise. Distraction is cited as a factor in 8 percent of crashes and drowsy driving blamed for another 2 percent.

When the news turns tragic

You can drive legally and sensibly, but you can do only so much to protect yourself and your family on the roads and highways of Ohio. You never know when a drunken driver, an inexperienced teen driver, or some other careless motorist will cause a crash that endangers the health and lives of you and your loved ones.

At worst, you are struggling to come to terms with an unbearable loss. The driver responsible for the accident is never going to accept responsibility. The insurance company will be looking to make the smallest payout possible to compensate you for your pain and suffering. Like anyone else, you are overwhelmed by your anger and grief.

The car accident attorneys at Gervelis Law Firm have been handling tragic cases just like yours for decades. With Ohio offices in Canfield, Warren, Akron and Toledo, and a Pennsylvania office in Hermitage, we have assembled a legal team with the experience to aggressively protect your rights and interests. Contact us today for a free consultation. You do not pay unless we win your case, so you have nothing to lose.