Turns and Curves are Dangerous for Motorcycle Riders 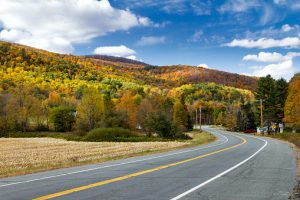 Motorcycle riders face many risks on the road, including drivers who do not know how to share the road in a safe way. Motorcyclists can be hurt or killed at any time by a driver who makes a careless choices, fails to yield, or does not follow the rules of the road.

A recent tragic accident in Ohio illustrates the dangers of motorcycle accidents when going around curves. The accident caused the death of a 39-year-old Akron woman. The motorcycle collision happened in Springfield Township, and occurred on Killian Road near to Plymouth Drive.

First responders reported to the scene of the crash, and the motorcyclist was taken to the hospital for treatment by paramedics. Unfortunately, her injuries in the motorcycle accident were too severe. She died at the hospital. Law enforcement officers are investigating the reason why the collision occurred, and according to preliminary reports, they do not believe either alcohol or drugs played a contributing role in causing the motorcycle accident to happen.

Unfortunately, the accident is one of many which occur when motorcyclists are not able to navigate curves safely. Motorcycle riders should slow down when approaching curves in the road, especially if the roads are wet or the curve is a sharp one.  If motorcyclists are able to travel more slowly at curves, many single vehicle accidents could be avoided.

Turns, like curves, are also one of the road's most dangerous spots for motorcyclists- although the big risk to motorcycle riders at turns is that other drivers will fail to see them. Making eye contact with drivers is advisable when possible for motorcyclists at turns, but riders are unfortunately largely dependent upon drivers to do the right thing and look twice before turning to avoid causing a motorcycle accident.