Is I-75 in Ohio Still Dangerous? 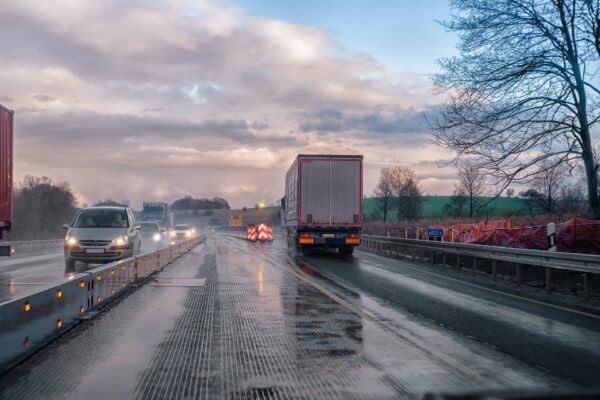 The I-75 highway has been a major hotspot of serious and fatal car accidents in Ohio for years.

At the Gervelis Law Firm, our Ohio car accident lawyers have handled many claims involving crashes on I-75. We know from experience how bad the highway can be and how hard it often is for crash victims to recover the compensation they're entitled to under the law.

Some portions of I-75 are particularly dangerous. According to a regional study, two fatal crashes occurred in the Hancock County segment between 2017-2019. Over that same period, there were six deadly accidents on the interstate segment in Wood County.

Meanwhile, the Bancroft- I-75 NB ramps to Collingwood in Toledo are among the region's top 25 most dangerous intersections.

Recently, the state has invested millions of dollars into improving safety and reducing crashes. But for those in Northern and Central Ohio, will it be enough?

Over the summer, a group of regional state politicians, traffic safety advocates, and community leaders said reducing traffic congestion would be hampered without a more direct connection between Toledo and Columbus via US Route 23. The group was "shocked" this summer when state transportation officials rejected all six proposals to connect Toledo to Route 23.

"To be suddenly informed that all six were deemed not feasible was incomprehensible at best and seemingly bad politics at worst," the group said in an open letter to the state.

Gervelis Law Firm is an established personal injury law firm serving Ohio. We stand up for injured accident victims and support safety improvements to infrastructure, vehicles, and driver training that reduce the risk of injuries and death.

Transportation Advocacy Group of Northwest Ohio (TAGNO) seems to have a valid point. Toledo drivers should not have to slog through 38 traffic lights to get to the capital when motorists in other major cities encounter zero stops on the road to Columbus. Still, we are hopeful that I-75 improvements can benefit the region.

If you were injured in an accident on I-75 or another roadway, contact us for a free case consultation. A member of our team can answer your crash-related legal questions and help weigh your options.

In the meantime, here's what you need to know about the I-75 project in the Toledo region.

I-75 upgrades in Northern and Central Ohio

In recent years, I-75 has been recognized as one of the most deadly and dangerous highways in the U.S. - especially during the icy winter months. The roadway stretches from the Great Lakes to Florida.

Last year, I-75 was named the most dangerous highway for truckers nationwide.

Ohio has an ongoing statewide project to improve I-75. In Northern and Central Ohio, major I-75 construction includes:

The I-75 project may not do as much to relieve traffic congestion as some safety advocates would like, but we are hopeful construction will reduce the number and severity of car accidents in the region.

If you were injured or a loved one died in an Ohio car accident, contact Gervelis Law Firm for a free case consultation. We can explain how the law applies to your situation, estimate the value of your claim, and help protect your right to collect maximum compensation. We have offices in Canfield, Akron, Warren, Toledo, and Columbus. But if you can't come to us, we will go to you.

Don't delay. Tell the insurance company that you mean business right now with a call to the experienced Ohio car accident lawyers at Gervelis Law Firm.