Does Ohio Have a Drowsy Driving Problem? 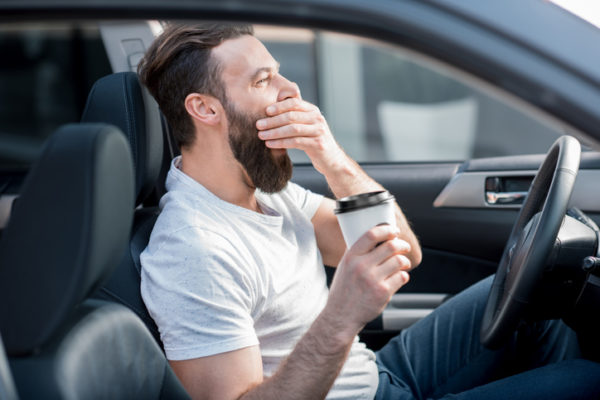 Our car accident lawyers reveal what you should know

Reporters usually do everything they can to stay out of a story, but in the case of Mike Kilburn, the situation could not be helped.

The ABC6/Fox28 journalist was recently rear-ended in a company vehicle by a drowsy driver on a highway in Columbus, Ohio.

Kilburn was hit from behind by the other driver around 6:45 a.m. on I-670 and 315 in late August 2021. It is not clear where Kilburn was going at the time of the crash or if he was driving for work.

The person who hit Kilburn was driving a gold sedan, and at the time of the car accident, the at-fault driver was allegedly asleep at the wheel after having worked a full night shift. It is unclear if there are any charges against the driver who caused the accident, and thankfully Kilburn says he's feeling all right despite being a bit sore.

Unfortunately, accidents involving tired drivers happen far too often in Ohio and across the United States, even though fatigued driving is one of the most preventable types of car accidents. Some studies say driving drowsy may even be as reckless as driving drunk.

Tracking the problem is difficult, though. Estimates attributing fatalities to crashes involving drowsy drivers say that this type of wreck kills anywhere between several hundred and several thousand people each year.

The only way to identify an accident caused by a tired driver is to have the at-fault driver admit their error, and not everyone is willing to do this. Even though drowsy driving accidents are hard to track, there is some evidence that suggests Ohio has more sleepy drivers than others.

Ohioans are some of the most exhausted people in the country, according to national sleep studies.

It's not too much of a leap to assume that with so many tired adults driving on the road, drowsy driving is an issue here.

Lack of sleep is one of the biggest threats to public health in Ohio, according to the United Health Foundation. Ranking core measurements of statewide health, UHF says only people with multiple chronic medical conditions and smokers are more of a drag on the state's overall health.

Nearly 40% of Ohio adults say they get less than 7 hours of sleep per night, the UHF study says. Only four other states have populations that are more exhausted than Ohio — Tennessee, Kentucky, West Virginia, and Hawaii.

Lack of sleep is a nationwide problem. Even in the state reporting the most well-rested people, Minnesota, 29% of adults say they aren't getting enough sleep.

Drivers who are most at risk of causing a crash

Sleeping drivers don't usually brake, swerve, or take any other action to avoid a crash. They often veer from their paths and plow, full speed, into other people and objects.

Injuries sustained in a crash caused by someone who fell asleep at the wheel can be life-changing, and medical treatment can be expensive. A Governors Highway Safety Association study found that drowsy driving cost the U.S. $109 billion in just one year. The study didn't even take into account property damage.

Even though opinion surveys show that nearly everyone (97%) of Americans think drowsy driving is wrong, half of the drivers also say they have gotten behind the wheel too tired to drive, according to a AAA Foundation study. Another 24% say they have fallen asleep while driving — within the last month.

Everyone feels tired sometimes, but when that feeling crosses over into exhaustion it can be dangerous to drive. There are some telltale signs that you're too fatigued or sleepy to operate a motor vehicle, such as:

If you were injured in an accident that wasn't your fault, you have the right to pursue compensation for your losses (damages). As such, it is generally in your best interest to consult a car accident lawyer in your area to learn your legal rights and options.

Get legal help from an experienced car accident attorney

Our legal team has the knowledge, experience, and resources to help you seek maximum compensation for your accident-related expenses so that you don't end up paying out of pocket for someone else's negligence. Your recovery is too important to leave in the hands of an insurance company that has a vested interest in rejecting and minimizing as many injury claims as it can.

At Gervelis Law Firm, we've been fighting for accident victims in Columbus and throughout Ohio for years. As a result, we know how to build strong cases that get results. One way we do this is by deploying our Rapid Investigation Team to the scene of your accident within 24 hours to identify, gather, and preserve vital evidence.

Contact us today for a free consultation. We have five offices in Ohio at locations in Columbus, Toledo, Akron, Warren, and Canfield.