At some point, we have all encountered an aggressive driver. In most cases, it's a very unpleasant experience. Sometimes, it can be dangerous and lead to a serious crash. 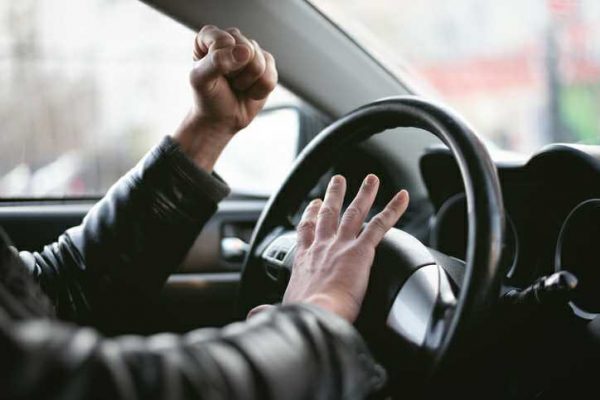 The National Highway Traffic Safety Administration (NHTSA) defines aggressive driving as "The operation of a motor vehicle in a manner that endangers or is likely to endanger persons or property."

Aggressive driving can go beyond a honk of the horn, a rude gesture, or a rude remark. It can start out as a minor incident, but it can quickly escalate to something more serious. This often includes:

The NHTSA identified the primary reasons why drivers engage in aggressive driving. These include:

When you encounter an aggressive driver, the best method for dealing with them is prevention and de-escalation. To safely deal with aggressive drivers, it's a good idea to take these tips provided by Progressive Insurance into consideration:

Protect yourself at intersections: If you encounter a road rager, you can keep yourself safe by keeping your windows closed and doors locked when stopped at an intersection. It's also a good idea to allow yourself enough room to pull out of your lane if you're confronted by another driver. If you're being followed or you believe that your life is in danger, call 911 or go to the nearest police station.

Don't take aggressive driving personally: If you don't know the driver who is behaving aggressively towards you, then it's most likely not personal. The other driver could be stressed out or having a bad day. Simply be polite and courteous and don't escalate the situation. If you're being tailgated, simply pull over and allow the other driver to pass.

Avoid stressful situations: Stress can lead to dangerous driving habits and potentially aggressive driving. To prevent this from happening, it's best that drivers allow themselves enough time to get to their destinations. Drivers should also consider employing methods for reducing stress during inconveniences.

If you were injured in crash caused by an aggressive driver, it's important that you speak to an experienced Ohio car accident attorney as soon as possible. You may be able to pursue a legal claim against the at-fault driver and his or her insurance company.

The legal team at Gervelis Law Firm will fight to hold reckless drivers accountable and help you get the compensation you're entitled to. We have law offices across Ohio, as well as in Hermitage, Pennsylvania. Contact us online to find out how we can help you.