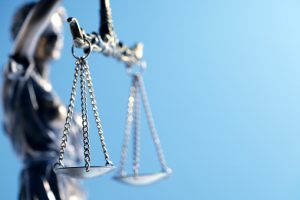 The civil justice system is one playing field where "the little guy" and the "big guy" are even. It offers an opportunity for those wronged by medical malpractice or defective products to make claims for compensation against doctors and companies with deeper pockets. It's an opportunity for consumers to go toe-to-toe with these entities and prevail on the facts.

Now, these rights may be in jeopardy. Federal lawmakers have proposed a series of so-called "tort reform" bills which the Washington Post and Center for Justice and Democracy indicate could adversely impact the rights of plaintiffs in profound ways.

Any plaintiff who has been harmed though negligence or wrongdoing should strongly consider pursuing a case to get compensation. This is true even if the bills are passed and the civil justice system changes.

Whatever the law is, victims can work within it to get the maximum compensation possible, just as long as they have hired a qualified legal professional who can help them to navigate through the legal process.

The issue, however, is that medical malpractice, product liability and consumer rights claims are already held to high legal standards. It's not easy to win on any one of these cases, even with strong evidence of wrongdoing and resulting injury. That's part of what makes these reforms so concerning. Our injury attorneys in Akron are dedicated to fighting for patient and consumer rights no matter what the regulatory framework.

The tort reform bills being proposed have long been part of the Republican agenda, which asserts the civil justice system is rife with abuse and fraud. Some Republicans believe the court system has become overburdened with frivolous lawsuits and the federal government uses a settlement slush fund to pay off third-party special interest groups. Those who advocate for tort reform also frequently claim such actions will lower prices on things like healthcare because doctors won't need to worry as much about being sued.

Some of the bills include limiting payments of settlement money to third parties, as well as imposing a maximum $250,000 cap on damages for non-financial loss in a medical malpractice claim.  These proposals could affect the rights of victims to be fully compensated when losses occur due to negligence or wrongdoing.

Other bills would be even more consequential when it comes to impacting consumer rights to use the civil justice system to seek remedies. One proposed tort reform bill would impose sanctions on attorneys who bring cases which are later declared frivolous.

Such efforts were made in the past. But as the Center for Justice and Democracy explained, the rule on sanctioning attorneys for bringing frivolous claims had to be rescinded. The problem was attorneys feared sanctions and thus were not accepting civil rights cases and consumer protection claims -  including cases arising out of employment laws or environmental laws. There was too great a chance of later sanctions, so many attorneys made a calculated decision that it was better not to take cases which had too much uncertainty.

This is a bad outcome because victims need to be able to use the legal system to protect their rights. Injury attorneys accept claims on a contingency fee basis, meaning claimants do not have to make payments upfront. It's often the only way plaintiffs have the opportunity for that level playing field. Threatening attorneys with possible sanctions for claims that were vaguely identified as "frivolous" created a chilling effect via a strong disincentive for injury lawyers and consumer rights attorneys.

While these bills have mostly passed the House of Representatives, they still have to be passed in the Senate. If they do become law, life will become harder for victims seeking legal remedies. Finding the right lawyer will be essential to get as much compensation as possible under the changed rules.