Youngstown T-Bone Crashes A Leading Cause of Traumatic Brain Injury

Involvement in any Ohio car accident can cause serious injuries or can result in the death of a driver or passengers.

Some accidents are more serious than others. 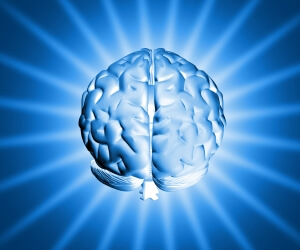 Side-impact or T-bone collisions are among the most dangerous crashes on the road. A vehicle's sides do not crumple like a front bumper does, so no force is absorbed by the vehicle.  Side airbags are also less effective at protecting passengers from serious injuries than frontal airbags.

When a side impact accident happens, victims must be aware there is an elevated risk of brain injury. T-bone collisions are a risk factor for traumatic brain injury (TBI) even in cases when no symptoms are immediately exhibited by victims.

Car accidents, in general, are one of the top causes of traumatic brain injury, along with falls and sporting accidents.  T-bone accidents are the most dangerous of all when it comes to the brain. T-bone crashes actually cause three times as many TBIs as head-on collisions or other categories of car crash, according to University of Rochester research published in Annals of Emergency Medicine.

High rates of TBIs in T-bone collisions help to explain why side impact crashes are disproportionately deadly. In one study reported on by Association of Advancement for Automotive Medicine, T-bone crashes accounted for 19 percent of accidents but 32 percent of fatal car crashes.

In between 51 and 74 percent of deadly side impact crashes, the cause of death is head injuries from the collision. When the side impact crash is a multi-vehicle accident, the death rate attributed to brain injury is anywhere from 41 to 64 percent, based on a review of data by U of R researchers.

Women, more so than men, are at an especially elevated risk of suffering a serious or fatal traumatic brain injury when involved in a side-impact crash. Women are believed to have higher TBI rates because their necks do not have the same level of strength as men's necks.

Head injuries in T-bone or side impact crashes can occur even in cases where no open head wound is sustained and when the head did not make contact with any external object, such as the intruding vehicle. The force of the crash can cause the brain to strike hard against the skull, causing damage.

Centers for Disease Control and Prevention warn TBIs can be invasive and can cause wide-ranging symptoms for victims. Those affected by a TBI can find their sensations, their thinking and language abilities, and their emotions to all be affected.

Symptoms can last weeks, months or years. Patients who sustain TBIs are also at elevated risk of complications later in life, with many victims facing an increased risk of dementia.

Avoiding T-bone or side impact crashes is essential to reducing the risk of traumatic brain injury and avoiding these adverse consequences.