Summer months are the deadliest months for teenage drivers 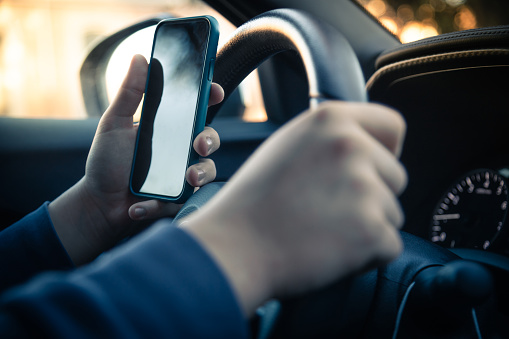 Car accidents caused by teenagers in Ohio are a serious problem throughout the year. But the summer months, in particular, can be especially deadly, according to several studies focused on crashes caused by young drivers.

Our Columbus legal team explains what drivers in Ohio need to know.

How dangerous is summer for teen drivers?

The problem is just as bad in Ohio. While only 4% of drivers in Ohio are teenagers, they account for 15% of all motor vehicle accidents, according to the Ohio Highway Safety Office.

“Getting behind the wheel of a vehicle is a huge responsibility,” Ohio Governor Mike DeWine said in an interview with FOX 55 News. “To prevent senseless tragedies and save lives, teen driver safety and education will continue to be one of the Ohio State Highway Patrol’s main priorities.”

And while car accidents caused by teenagers can happen at any time, the period between Memorial Day and Labor Day is especially deadly among teen drivers. That’s why AAA refers to this time of year as the "100 Deadliest Days of Summer.”

Each year, 30% of deaths caused by teen drivers happen during the summer. Between 2010 and 2019, more than 7,000 people (roughly seven people per day) died in motor vehicle accidents involving teen drivers nationwide, according to AAA.

Why are there more teen accidents in summer?

There are many reasons why there are more accidents during the summer months caused by teen drivers. Jake Nelson, AAA’s director of traffic safety advocacy and research, said one reason why is “teens tend to have more unstructured time behind the wheel” during the summer.

Other factors cited by AAA include:

About 60% of accidents involving teenage drivers involve distracted driving. Cellphones are a common distraction. However, the biggest distraction is other teenagers in the vehicle. The odds of an accident being caused by a teen driver double if a teenager is a passenger in the vehicle. If there are two or more teen passengers in a car, teen drivers are three times more likely to be in an accident, according to the Children’s Hospital of Philadelphia Research Institute.

Not wearing a seatbelt

Roughly 60% of teen drivers killed in car accidents were not wearing seatbelts, according to one study cited by AAA. That’s probably because seatbelt usage among teenagers is lowest compared to all other age groups, according to the Centers for Disease Control and Prevention (CDC).

Speed is a factor in nearly 30% of motor vehicle fatalities involving teenage drivers, according to AAA.

The CDC has also identified several other reasons why accidents caused by teen drivers are so common.

What should a driver do if a teenager causes a crash?

If you have been involved in an accident caused by a teenage driver, it’s critical that you take certain steps to protect your health and your rights. Such steps include:

Why should I hire a car accident lawyer?

Having an experienced attorney on your side after your accident can often make a dramatic difference in the outcome of your case. Instead of insurance companies dictating what happens next, you can demand the attention you deserve and make your case for being fairly compensated for all your accident-related expenses.

The dedicated legal team at our law firm in Ohio can help you every step of the way. We have years of experience dealing with car accident claims in Columbus and throughout Ohio. As a result, we know how to investigate accidents caused by teenage drivers. Whether you’re dealing with a crash caused by a texting driver or a teenager driving too fast, we can find the evidence that matters and fight for the money you deserve.

Learn more about how we can help you after your car accident. Contact our law firm and schedule your free case evaluation right now. We have five offices conveniently located throughout Ohio, including offices in Columbus and Toledo.