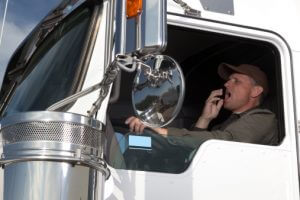 Trucking companies are likely to begin initiating more tests of truckers suspected of having sleep disorders that could affect their driving performance, potentially leading to truck accidents in Ohio and elsewhere.

This is the expected result of the U.S. Supreme Court's decision not to review the ruling by the U.S. Court of Appeals for the Eighth Circuit in Parker v. Crete Carrier Corp. The appellate court held that a trucking company carrier didn't violate plaintiff's rights under the Americans with Disabilities Act (ADA) by mandating sleep apnea testing because he was at higher risk for the condition with a body mass index (BMI) of 35 or higher. He provided his company a note from his personal physician saying the testing wasn't necessary, but he was nonetheless terminated for refusing to undergo the test.

Now, with the U.S. Supreme Court allowing the Eight Circuit's decision to stand, more trucking companies will be emboldened to require sleep apnea screening, which could ultimately help reduce the number of truck accidents in Akron and throughout the U.S.

Fear of litigation had likely kept many commercial carriers from requiring such tests of its drivers, particularly for conditions like obesity.

One study conducted by researchers at the University of Pennsylvania (sponsored by the Federal Motor Carrier Safety Administration) found that nearly one-third of commercial truckers have sleep apnea rated either mild to severe.

What is Sleep Apnea?

Sleep apnea is a sleep disorder that is breathing-related and results in numerous interruptions in breathing during sleep. The pauses in breathing last roughly 10 seconds or more, and often occur up to 400 times nightly. It's a serious and possibly life-threatening condition that is often not recognized or diagnosed. The reason it's so concerning for truckers is that an individual may be left extremely sleep-deprived without recognizing why.

Risk factors include obesity, having a small upper airway, having a large neck or recessed chin, being over age 40, and being a moderate to heavy user of tobacco and alcohol.

Why Sleep Apnea is Risky for Truckers

Although many people with sleep apnea will insist they don't fall asleep while driving - and that may well be true - the fact is someone who is sleep-deprived is going to be less attentive and alert. When operating an 18-wheeler, that can be deadly.

One study conducted by University of Minnesota, Morris, Brigham and Women's Hospital (BWH) and published in the journal Sleep, revealed truck drivers who had obstructive sleep apnea and who did not stick to their treatment plans had crash rates five times higher than truckers who didn't have the condition. Those findings suggest that commercial truck drivers should be tested routinely for sleep apnea and mandated to undergo treatment for it if they want to keep driving. Approximately 1 in 5 truck accidents can be attributed to fatigued driving, accounting for approximately 9,000 deaths and 220,000 serious injuries a year.

Now, the Supreme Court's decision is likely to spur more companies to require drivers be tested and treated.

Although there is no federal standard or guideline, the Medical Review Board of the Federal Motor Carrier Safety Administration last year recommended sleep studies for truck drivers who either have a BMI of 40 or higher or who have a BMI of 33 or higher plus additional risk factors.

Motor carriers are not allowed to permit or require a trucker to operate a commercial motor vehicle if he or she has a condition that would impact his/her ability to safely operate that vehicle. Sleep apnea would be included in this provision.