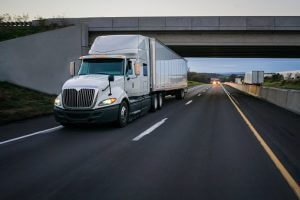 Reducing truck accidents in Ohio is a top priority for state troopers, who are warning motorists to use extra caution around commercial vehicles, citing a spike in recent crashes involving tractor-trailers and buses.

One of the reasons this is such a high priority for authorities is that these crashes on the whole are deadlier and have a greater potential for critical injuries. This is because of the size and weight of the vehicles involved compared to the smaller passenger cars with which they often collide.

The other reason is that during the summer, Ohio roads and highways tend to be more crowded. Under these conditions, motorists are far more likely to travel dangerously close to large commercial vehicles.

Ohio state troopers and those in several surrounding states participated in heightened enforcement on highways throughout the July 4th holiday. Ohio especially had reason to act.

Ohio trucking accidents have been on the rise in recent years, shooting up 20 percent from 2013 to 2017. We went from approximately 21,200 commercial vehicle crashes statewide to nearly 25,600, just in those four short years.

In a claim for civil damages, fault doesn't mean violation of a traffic law (though that can be strong evidence). Rather, it means the absence of reasonable care where it was due resulting in injury. Even if you were partially to blame for a trucking accident that resulted in your own injury, you may be cited by the Ohio law enforcement. However, you may still have grounds for a strong civil case against the truck driver, the trucker's employer, the owner of the truck and others

State code O.R.C. 2315.33 states that a driver can be compensated despite contributory negligence in a crash. However, the damage award may be proportionately reduced. Given the extreme loss that often results in Ohio trucking accidents, it's still often worthwhile to pursue compensation despite the element of comparative fault.

Drivers may also need to be increasingly cautious given the increase in Ohio's highway speed limits five years ago, when the top speed increased from 65 mph to 70 mph. Given that commercial vehicles may also travel at this faster speed, there is an increased risk of a serious or fatal trucking accident.

It's important to take immediate action ahead of the trucking company's investigators after a truck crash. Our Rapid Investigation Team, which includes two former Ohio state troopers, will get your case moving right away. If you or a loved one was injured in a truck accident, contact an attorney at Gervelis Law Firm and find out how we can help you.