How to Prevent Summer Motorcycle Accidents in Akron 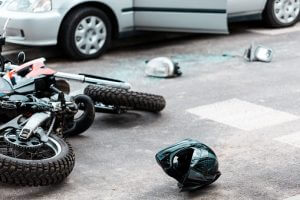 Three people recently died in a two-vehicle crash, including a husband and wife who were both in their 70's as well as a motorcycle rider whose identity has not been released to the public. Ohio.com reported on the deadly accident which occurred at approximately 7:00 PM on Route 3.

The 73-year-old male driver who was killed in the accident was driving in a westward direction when he stopped at a stop sign. He attempted to make a southbound turn onto Route 3, but his vehicle collided with a motorcycle which was traveling north. The Lexus in which the older couple was riding rolled onto its right side and both the Lexus and the motorcycle caught fire.

Many motorcycle accidents occur under similar circumstances to this one. Turning and changing lanes can be dangerous when drivers and motorcycle riders share the road. Drivers may not see a motorcycle in their mirrors when making a turn due to their small size, which can lead to drivers turning right into them.

Both drivers and motorcycle riders can take some steps to try to prevent accidents when a driver is turning and under other circumstances as well.  As the weather gets warmer in Ohio during the summer and there are more motorcycle riders on the road, it will become more important than ever for all parties to try to do whatever they can to avoid accidents.

Motorcycle riders and drivers can follow best safety practices to try to avoid summer motorcycle accidents. Some of the different ways crashes can be avoided include:

If a driver makes a careless choice, fails to follow the rules of the road, or behaves in a negligent manner behind the wheel, the driver should be held accountable for losses caused by motorcycle accidents. Crash victims and surviving family members of anyone killed in a motorcycle accident will need to understand options available for pursuing a damage claim.