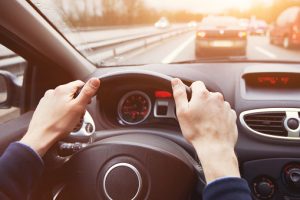 No matter how safe you may feel, anytime you travel on Ohio roads, you are at risk of being involved in a traffic accident. In 2017, the state saw a total of 1,094 fatal crashes with 1,179 deaths, according to Ohio State Highway Patrol.

In an annual road safety report released by Advocates for Highway & Auto Safety (AHAS), Ohio was among 11 states that ranked poorly when it comes to highway safety laws.

Where Ohio is lacking in safety laws

In particular, there are 16 safety laws shown to reduce traffic fatalities, according to supporting research. Out of the 16 laws, Ohio enforces only five. These include:

Unfortunately, any attempt to implement these laws may result in a legislative tug-of-war, as many Ohio lawmakers are in favor of less state interference.

Last year, Governor John Kasich signed an executive order to allow companies to test autonomous and driverless vehicles on Ohio roads. The AHAS report also advocates for autonomous vehicle technology, which is currently in its infancy and hasn't yet garnered enough trust from the public. About 69 percent of drivers are concerned about the risks associated with driverless vehicles and 73 percent support the implementation of safety standards.

If you were hurt in a crash, speak to an attorney you can trust

While the recommended laws and technology can help save lives, they may not eliminate traffic accidents on Ohio roads altogether. Human error, inattentiveness, impaired driving, reckless driving, and vehicle defects still play their part.

If you or a loved one was injured in a crash, an experienced car accident attorney at Gervelis Law Firm can review the details involving your claim and help you recover compensation for your medical expenses and lost wages.

Let Gervelis Law Firm work for you. Contact us today to schedule your free case evaluation.