Ohio Among the 5 Deadliest States for Winter Driving 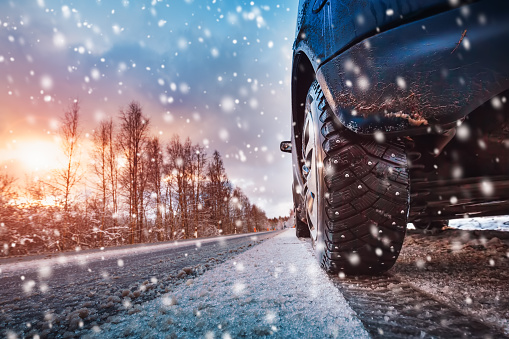 An Ohio Car Accident Lawyer Reveals What You Need to Know

Ohio is among the deadliest states for winter driving, according to a new study.

In terms of total car accident fatalities, the most dangerous states are Michigan, Pennsylvania, New York, Ohio, and Illinois. These states account for about 36% of all winter driving deaths, according to ValuePenguin's "Deadliest States For Winter Driving" analysis.

Snow and ice can magnify the damage a negligent driver can inflict because the slick surface increases speed and reduces vehicle control. Common types of wintertime crashes include:

Even when the weather is bad, motorists still have a responsibility to adjust their driving for the conditions. Those who fail to do so and injure others in accidents can be held accountable for their actions.

While Ohio reports more wintertime driving deaths than most other states, some areas of the state are riskier than others.

Here are the top 5 deadliest Ohio cities for winter driving;

Meanwhile, the roadway with the most winter-related fatal crashes over the last 5 years is I-71 - which connects Cleveland, Columbus, and Cincinnati. The roadways that have seen the most winter-driving deaths during the years surveyed (2013-2017) are:

Ohio reports a lot of winter car accident fatalities, but its fatal winter driving-related crash rate is also among the highest in the nation. Here there are an average of 28.3 fatalities per 100 below-freezing days.

To help prevent crashes through preparedness, the Ohio Department of Transportation launched OHGO. The interactive map communicates in real-time when and where driving obstacles like crashes, construction, and bad weather are affecting traffic.

If you were injured or a loved one died in a winter weather-related crash, a car accident attorney can look out for your best interests and fight for the compensation you're entitled to.

At Gervelis Law Firm, we've been serving clients in Ohio for decades. We're known for finding the facts that matter, building strong cases, and advocating for every dollar our clients deserve.

Contact us today for a free and confidential consultation to learn how we can help with your potential legal case. We have offices conveniently located in Columbus, Toledo, Akron, Warren, and Canfield, Ohio.