Innocent drivers need to beware of these practices 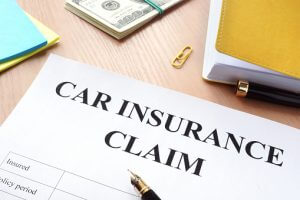 A study conducted by the Consumer Federation of America found that drivers often must pay higher insurance premiums after a car accident, even if they did not cause the collision. The report focused on online price quotes from five major insurers in 10 U.S. cities, according to The New York Times. Motorists in some areas paid more than $400 per year for car insurance after being involved in an auto accident, even though they were not at fault.

This trend seems to fly in the face of how insurance is supposed to protect drivers: Safe drivers should pay less because they are less likely to file a claim, while dangerous drivers should pay more because they are more likely to cost the insurance company money in the long run. Yet in many cities, the insurance companies seem to penalize drivers who are guilty of nothing more than bad luck.

In Ohio, there are only weak regulations protecting consumers from this predatory practice. Ohio Revised Code 3937.22 and 3937.23 prohibits insurers from raising premiums for a single not at-fault accident during a single policy period. This does not prevent an insurer from taking punitive measures against their own customers after the policy period, nor raising rates after two incidents that were not their insured's fault.

According to insurance company representatives quoted in the Times article, premiums vary in part because the insurance companies use complex and somewhat obscure formulas to determine them.

Determining who caused an accident and how much drivers should be charged for insurance is a complex process. But insurance companies should take into account who was at fault when deciding how much to charge for auto insurance. Unfortunately, this study indicates that most insurance providers are simply more concerned with their bottom line and charging customers as much as possible.

Experienced accident attorney can help you deal with insurance companie

If you've been injured in a car accident, the best thing you can do is to hire an experienced lawyer as soon as possible. Even if you're dealing with your own insurance company, they will very likely look for any way to cut their costs - and often at your own expense. Those risks are even greater if you're dealing with an insurance company representing another driver. When you have an auto accident attorney on your side who knows how the system works, you can protect your legal rights, focus on getting the compensation you deserve and fight back against any insurance company tricks or tactics.