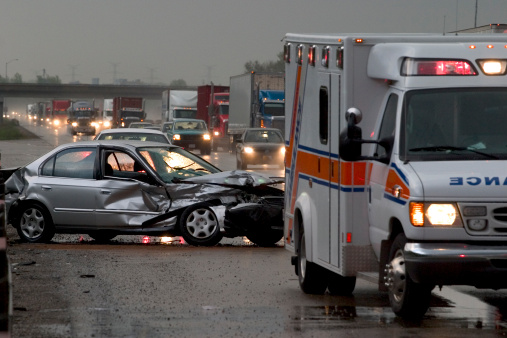 Over half of the state's fatal crashes involve impaired driving, highlighting the need for accountability.

According to a startling study released by the Ohio State Highway Patrol, car accidents caused by drivers under the influence of alcohol in Ohio have increased dramatically in recent years.

"Since 2019, there have been nearly 40,000 OVI (operating a vehicle under the influence) related crashes," said Sgt. Ray Santiago with the Ohio State Highway Patrol Public Affairs Unit in an interview with News 5 Cleveland. "That's a lot of crashes that are relayed to one singular poor decision."

Sadly, the news isn't a surprise to the car accident lawyers at Gervelis Law Firm. Our attorneys know how dangerous drunk driving accidents can be based on years of experience representing crash victims and their families. That's why we hope this recent report will serve as a wake-up call for all drivers about the serious consequences of impaired driving accidents.

Drunk driving crashes are a big problem in Ohio.

The recent Ohio State Highway Patrol study about impaired driving accidents focused on collisions caused by drunk drivers statewide since 2019. Since that time, a startling 54 percent of all fatal car accidents in Ohio have involved drivers under the influence of alcohol.

In particular, according to accident statistics compiled by the Ohio State Highway Patrol, 2,002 people were killed and 24,359 people were injured in OVI-related accidents in Ohio between 2019 and 2021.

"Drivers shouldn't say, oh I'm fine, I can make it home, the tough guy attitude, it's not worth your life or someone else's life," said Levi Garrison of North Canton in an interview with News 5. Garrison's brother was killed in a fatal drunk driving accident in Ohio in 2017.

Who's driving under the influence of alcohol?

Certain drivers are more likely to cause drunk driving accidents. For example, according to the recent Ohio State Highway Patrol study, 73 percent of the OVI citations issued by state police in Ohio from 2019 to 2021 involved male drivers.

To put such numbers in perspective, more than 42,000 drunk driving citations were issued to male drivers during that three-year period, when state troopers issued 57,650 OVI citations throughout the state.

Drivers were also more likely to drive drunk during certain times of the day and week. Not surprisingly, state police in Ohio issued 52 percent of OVI citations between 5 p.m. Friday and 5 a.m. Sunday in 2019 through 2021.

And here's another startling statistic – 27 percent of drunk driving accidents typically involve drivers between the ages of 21 and 24, according to the National Highway Traffic Safety Administration (NHTSA).

What to do if you were hit by a drunk driver

If you or a loved one has been involved in an accident caused by a drunk driver in Ohio, it's critical that you take certain steps right away to protect your health and your rights, including:

How an Ohio car accident lawyer can help

Car accident claims involving drunk drivers should be straightforward. An impaired driver crashed into your car. Unfortunately, drunk driving accident claims can quickly turn into complicated legal cases. Sometimes, the at-fault driver denies doing anything wrong. Other times, the at-fault driver's insurance company tries to pin some of the blame on you or pressure you into accepting a lowball settlement offer.

Whatever the circumstances of your particular accident, an experienced Columbus car accident attorney from the Gervelis Law Firm can help you every step of the way. We know the laws governing OVI accidents in Ohio. We know what evidence to look for and which strategies can be the most effective to help you recover the compensation you deserve.

Discover what a car accident lawyer from Gervelis Law Firm can do for you. Contact us and schedule a free consultation. We have five offices conveniently located throughout Ohio, including Columbus and Toledo.