Dealing with insurance companies after a crash 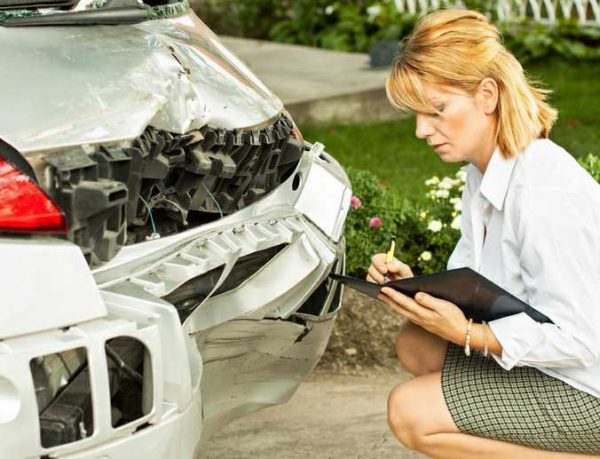 If you were involved in a car accident that was someone else's fault, the other driver's insurance company is responsible for your losses. After you file a car accident claim, compensation is recovered through a financial settlement or court verdict. But recovering full compensation for your damages, or any damages at all, isn't always easy.

Ohio is considered an "at fault" or "tort" state. The insurance company that represents the driver who is deemed "at fault" is responsible for compensating the crash victim for medical expenses, lost wages, property damage, pain and suffering, and other damages. Since Ohio employs a modified comparative negligence rule, you must be less than 50 percent at fault to recover compensation.

Proving fault after a car accident

Determining who's at fault after a crash is often a lengthy and laborious process. You may need an experienced car accident attorney to conduct a thorough investigation and gather evidence to support your claim. Without the right evidence, the insurance company may change the narrative and shift blame onto you.

Tricks insurance companies use to avoid paying you

Common tactics insurance companies use to avoid paying you the compensation you're entitled to include:

A crash can cause you financial hardship, making it tempting to accept any settlement offer that comes your way. The other driver's insurance company may try to capitalize on this by offering you a quick, lowball settlement. But what you might end up getting is pennies on the dollar. An attorney has the ability to calculate the true cost of your accident-related expenses and can negotiate with the insurance company for appropriate compensation. If you do accept a quick settlement without first consulting a lawyer, you may find yourself paying out of pocket for your losses.

Discouraging you from speaking to an attorney

Insurance companies know that if you speak to an experienced attorney, they stand to lose money. To avoid this, they may try to convince you that it's not necessary to speak to a lawyer and that they want to help you resolve your claim as quickly as possible.

Making the claims process as difficult as possible

Don't be surprised if you end up having a hard time with other driver's insurance company when you file a claim. Insurance companies can give you the runaround by taking their time to return your phone calls and emails, adding additional red tape to your case, and leaving you in the dark regarding how much compensation you're eligible to recover.

Sending you to one of their doctors

The insurance company may ask you to get a medical examination by one of their own physicians even if you've already been to a doctor of your choice. They do this to protect themselves against false injury claims, but they can also use it as a way to question the severity of your injuries or claim you have a pre-existing condition.

It's important that you don't speak to the other driver's insurance company without first consulting with an attorney. Insurance companies want you to slip up and say something that can be interpreted as an admission of fault. Anything you tell them during your phone conversation will be recorded and can be used against you.

Don't let the outcome of your case get dictated by the insurance company. Instead, consult with the an experienced car accident lawyer from Gervelis Law Firm. Our legal team is committed to helping injured motorists throughout Ohio recover every dollar that's owed to them. If you were hurt in a crash, contact us today to find out how we can help you.

Our law offices are conveniently located in Canfield, Youngstown, Akron, Columbus and Toledo.