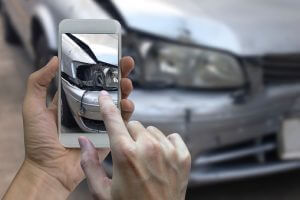 CANFIELD, Ohio - Gervelis Law Firm has announced the creation of a Rapid Investigation Team to help clients who have been involved in a car accident.

"Time is critical following an auto accident," said attorney Mark S. Gervelis. "Having investigators on the scene quickly can help us preserve valuable evidence of negligence on the part of other drivers."

Gervelis said it is important to start building a case right away before evidence disappears. He noted that it doesn't take long for witnesses' memories to fade, video footage to be erased or overwritten and for physical evidence to be washed away by weather.

The firm says their Rapid Investigation Team, which includes an attorney and two investigators, can be on the site of an accident within 24 hours of being notified.

The team's first priority is making sure that victims get the medical care they need, Gervelis said. They then focus on taking photographs of the scene, locating witnesses, drawing accident diagrams and running crash diagnostics.

Gervelis said the law firm's team gathers information ahead of the insurance company investigation teams, and can often investigate more thoroughly than police who respond to the accident.

"Police departments can only do so much," Gervelis said. "The police are only at a crash scene for an hour before they move on. Our team can conduct a more in-depth investigation."